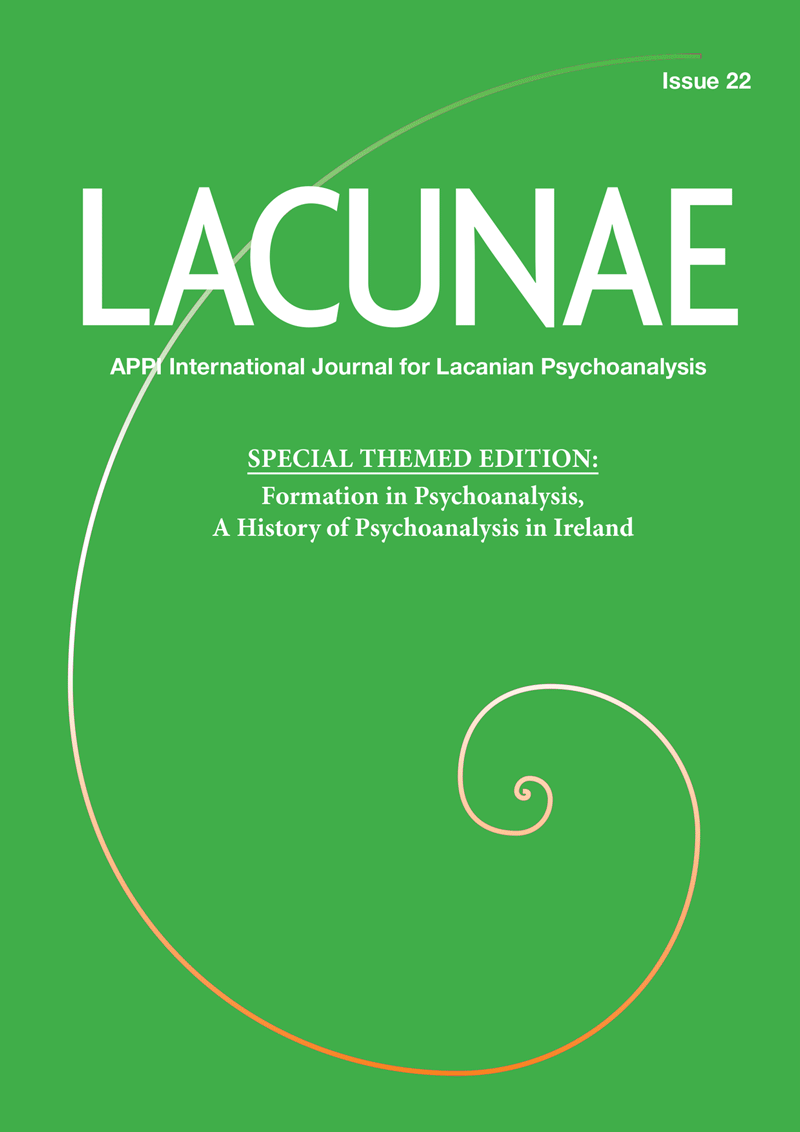 This issue of Lacunae ventures where few have gone before by delving into the history of psychoanalysis in Ireland, a history that is diverse, rich, and to date has largely been left to a few occasional papers and references, while also considering the perennially problematic question of psychoanalytic formation. Several writers (Mieli, O’Donnell, Watson, Redmond) take on the crucial question of the difference between “training” and “formation” and draw from Lacan’s work and thought in considering this. Other contributors offer a “historicisation” and a recollecting of major figures and events in Irish psychoanalysis. Others provide some analysis of these figures and developments. Some offer elements of all of the above. One point of agreement throughout is the history of Lacanian psychoanalysis, while forging its own path, can be situated within a wider tradition and history of psychoanalysis in Ireland. Within this history, the figure of Jonathan T. Hanaghan looms large as all but one of the articles refer to “Jonty,” as he was popularly known, and the work and impact of the “Monkstown Group” which was established in the middle decades of the twentieth century and continues today in the guise of the Irish Psycho-Analytical Association (IPAA).
Psychoanalytic groups such as the Irish Forum for Psychoanalytic Psychotherapy (IFPP) and the Association for 4 Psychoanalysis and Psychotherapy in Ireland (APPI) emerged in the 1980’s and 1990’s and continue to work towards making an impact on the Irish consciousness by asserting an unquestionable place for psychoanalysis in Ireland as well as the unconscious within the Irish psyche. 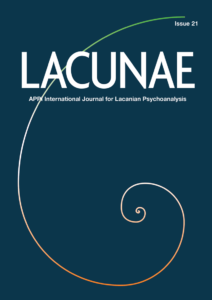 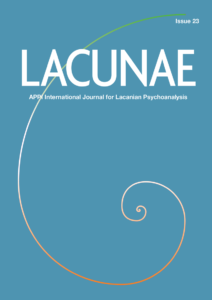