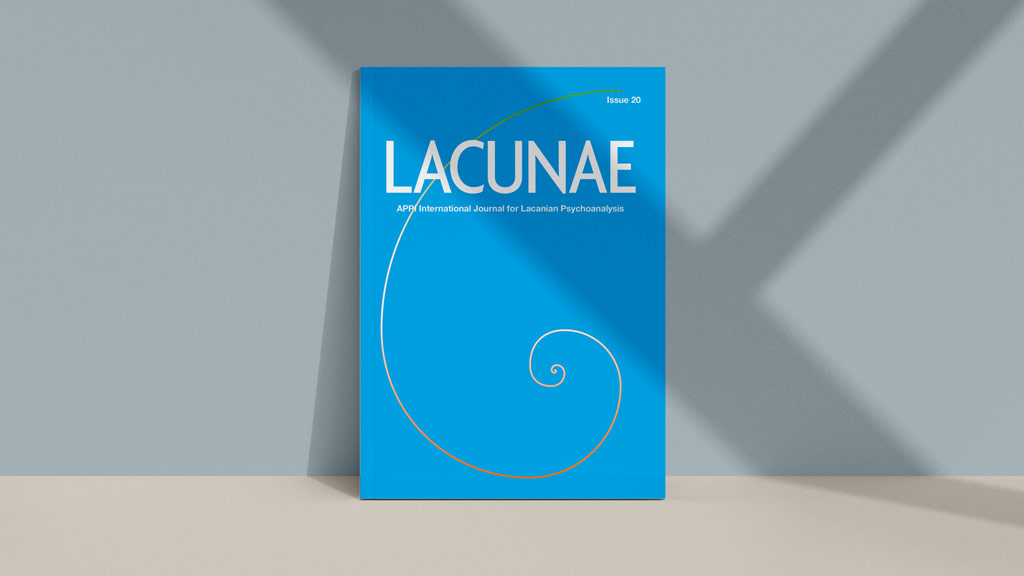 This volume of Lacunae, significantly its twentieth volume, comes together in great part in relation to the theme of trauma. Trauma is a crucial theme and it is one that every clinical practitioner, reader of Freud and Lacan, and socio-cultural theorist engages with at some stage. This volume is marked by trauma in different ways and as such, it is timely. It is published in the middle of the coronavirus global pandemic which cast an inevitable shadow over its production, effecting a delay and an unusual waiting-period for publication. Trauma is also thematically infused in the volume’s content which offers a variety of conceptual, clinical, and cinematic modes of approaching trauma as a defining psychical process and a cultural phenomenon.

Leon Brenner, in his article, “Autism is Not Psychosis: A Case for the Singularity of Autistic Foreclosure,” explores the structural and constitutive characteristics of autism and offers a fresh account of how Lacanian psychoanalysis does not rely solely on the evaluation of symptoms to assess a subjective positioning. He argues that it is the autist’s radical relationship to speech and language that is indicative of a process of expulsion rather than foreclosure of the master signifier and this has significant clinical implications for psychoanalytic clinical work with autistic subjects. We are delighted to be publishing this original work and research which is available inextended form in Leon’s recent book on autism.

In “Fetal Life and Psychoanalysis,” Tamara Landau writes of the precious intrauterine time and its effects on the subject, a very early but nonetheless critically important time in a subject’s development. Drawing upon forty years of research and clinical practice, and the teachings of Lacan, Dolto and Winnicott, Tamara presents an exceptional thesis about the connection between amniotic fluid, toxicity and several food addictions, notably bulimia and anorexia which are manifested in the analysand’s experience and integration of childbirth, pregnancy, maternal anxiety, drive material, maternal phantasy life, and the maternal voice. The traumatic effects of fetal life are imprinted on the subject’s psyche and are especially prone to symptomatic expression during pregnancy and child rearing.

In another original and important piece of research, “‘Holding at Bay’: A Concept to Inform the Psychoanalytic Clinic of Traumatised Asylum Seekers,” the dedicated work of Kamila Jelinkova and Laura Tarafás has resulted in a writing that seeks to inform a clinic that supports survivors of torture who have fled their countries of origin and are marked with indelible experiences of trauma. Kamila and Laura have formulated the concept of “holding at bay” to describe the traumatised subject’s relation to their body during a near-death experience as well as a relation to loss. By introducing this concept, they illuminate the difficulties associated with the treatment of traumatised asylum-seeking subjects and suggest a clinical approach which could weave a safety net for this delicate work both for the subject and for the analyst.

The next section of the journal offers various psychoanalytic theoretical and clinical responses to the controversial documentary film, The Act of Killing (2012). Noreen Giffney provides an introduction and context to the film analyses offered by Olga Cox Cameron and Gavin Wilkinson in her piece entitled “Cinematic Encounters with Violent Trauma and its Aftermath.” The thoughtful and provocative analyses in this section were inspired by a series of presentations at a conference organised by Noreen on violent trauma, its cinematic representations, and the emotional reactions of viewers to such representations. The purpose of the event, Noreen writes, was “to help the audience to think about the impact of trauma, how trauma works psychically (in terms of the unconscious, the individual) and socially (within the context of the community, the group), as well as the possible effects on us as spectators of watching visual representations of trauma.” This section is completed by John O’Donoghue and Laura Tarafás who draw from their clinical work to respond to Olga and Gavin’s pieces and provide a clinical perspective on both of them.

In the “The Unconscious Dynamics of Trauma: A Psychoanalytic Response to The Act of Killing (2012),” Olga Cox Cameron presents a reading of trauma in two forms: as an originary event which the subject finds ways to both know and not know about, and this trauma sets the unconscious in motion and creates an opening for narrative possibilities. A second definition of trauma, she proposes, breaks through this psychical organisation, or, in the case of early childhood, renders it impossible from the start, thus challenging the representational exigencies of accepted narrative forms. Olga argues that it is this second level of trauma that we encounter in the film, The Act of Killing (2012). The film offers an analogue of trauma that shows that when the necessary barrier of repression is smashed, what appears is that which should not be seen; the ob/scene.

Gavin Wilkinson, in “Perverse Ambivalence: Sadomasochism and Voyeurism in the Spectatorship of Joshua Oppenheimer’s The Act of Killing (2012),” offers a Freudian analysis of the effects of spectatorship of The Act of Killing (2012) alongside the horror subgenre of torture porn. He explores how ambivalence characterises the audience’s perception of the film and how this state of contradictory attitudes originally stems from the totemic relation to the father, and organises the perverse predilections of sadomasochism and voyeurism which govern the film’s spectatorship. He proposes that in indulging in sadomasochistic fantasies of violence and seeking to stomach that which revolts, the cinema becomes an unconscious confessional in which to seek absolution from guilt, while simultaneously affording spectators perverse pleasure in the crimes portrayed.

In “Broken Mirror Scattered Over the Stage: Working with Survivors of Torture,” John O’Donoghue and Laura Tarafás respond clinically to the insights of Olga Cox Cameron and Gavin Wilkinson in their analyses of The Act of Killing. They assess the relationship between torture and theatre and offer an account of the effects of traumatic experience given by torture survivors, including the impact of the host country’s treatment on them. They discuss the importance of the torture survivor’s search for truth and the importance of the analyst bearing witness to the torture survivor’s testimony, as distinct to becoming enmeshed in it and exhausted by it. The analyst’s role, they propose, can be to intercede as a “psychic reanimator.”

Michael McAndrew undertakes a book review of Antonio Quinet’s Lacan’s Clinical Technique: Lack(a)nian Analysis (2018, Karnac Books). Michael takes the reader through the different parts of the book, set out in three acts, to sculpt a reading of the book which offers a clinical account of Lacanian psychoanalysis that will be of particular interest to new clinicians and those seeking a review of technique. While this is especially relevant to those in the North American anglophone tradition of psychoanalysis where the work of Lacan is still considered inherently transgressive, the book will also be of interest to readers in Europe and beyond.

Psychoanalytic work continues during this time of plague and pestilence and has a contribution to make in the struggle to live on this “mortal coil.” Perhaps you, the reader, would like to write about it and send it to us for the next issue.

Finally, I am delighted to announce that Lacunae is now available online in e-journal form and we hope you will check it out at https://appi.ie/lacunae-journal/ and tell your colleagues and professional networks.

Keep well and may the work continue!